Want $10 off your first order?

We’re Supplied! Our besties enjoy 75% off regular wholesale prices, no minimum order requirement, and a worry-free, money back guarantee. Enter your name and email for an instant $10 store credit!

We sent your $10 off code to your email!

Keep an eye out for exclusive new products!

Your cart is empty.

7 Female Entrepreneurs Who Are Totally Killing It 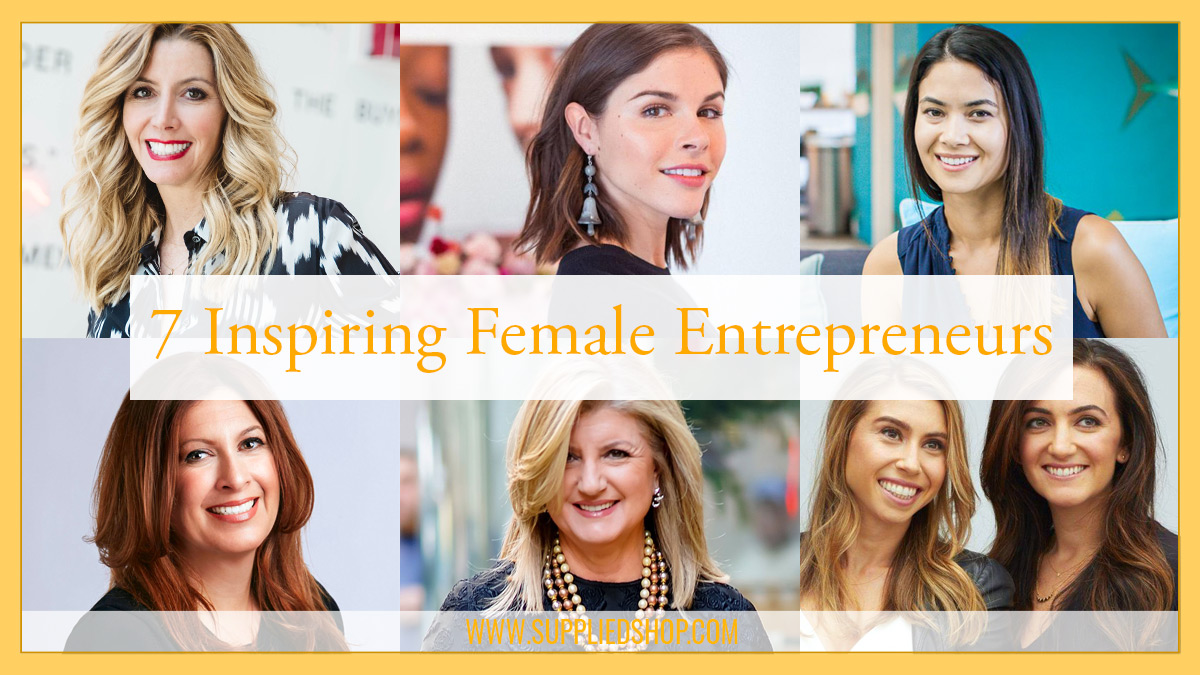 Have you ever wondered if starting a super successful online business is even possible?

Maybe you’re surrounded by people who insist you should be “realistic” about your huge dreams. Or perhaps you’re feeling a little discouraged that business isn’t picking off as quickly as you’d hoped. Or maybe you’ve just a case of those Monday blues that come around every so often – the kind that makes you feel like the world just isn’t ready for your greatness.

Well, get ready to go from discouraged to SUPER inspired.

You’re not the only one out there chasing her big dreams – so many incredible women have paved the way before you to show us all a taste of what crazy, mind-blowing success looks like. And they’re constantly moving forward, day after day. While each of them has plenty of talents, skills, and resources that prepared them for success, ultimately they all started out as regular people with an idea, just like you. If they can achieve something so impressive, you can totally crush your sales goals and start a successful boutique.

Here are 7 female entrepreneurs who always inspire us to think bigger. (I mean, look at what they’ve managed to accomplish!) 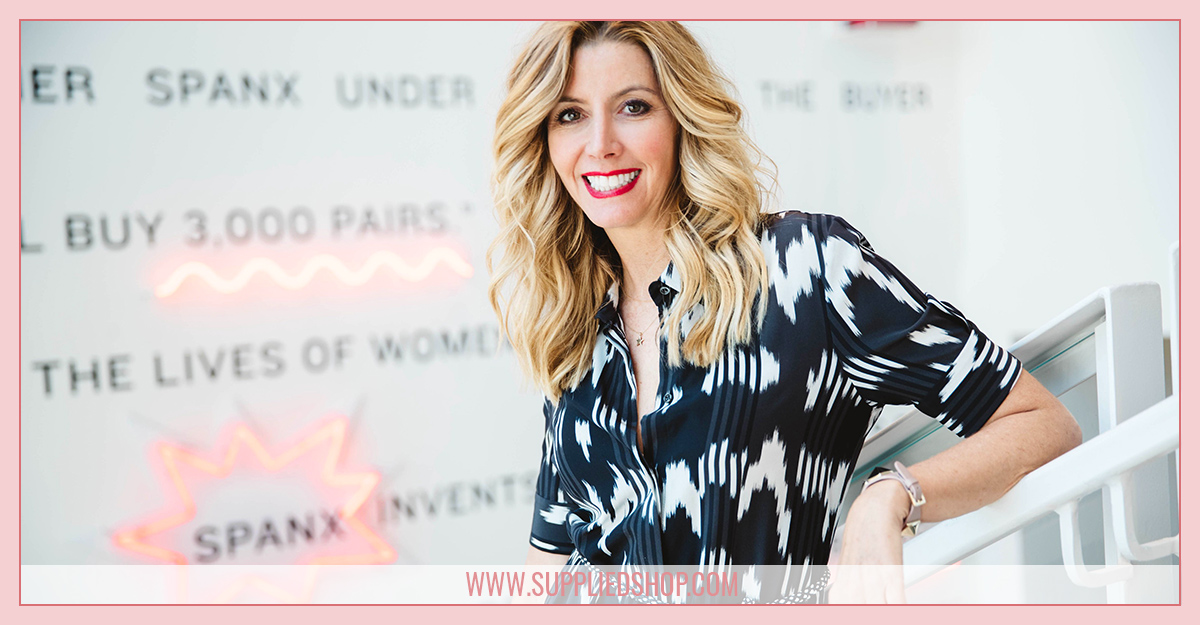 Before Sara Blakely founded her own company, she worked as a salesperson selling fax machines door-to-door. She first got the idea for her company when she cut the feet off her pantyhose to wear under a new pair of slacks. After spending two years and her $5,000 savings researching and developing her idea, Spanx was born, an American underwear brand focusing on shaping briefs and leggings.

She hustled like crazy and worked super hard and it paid off… big time. In 2012, she became the youngest self-made female billionaire. She’s made it Spanx’s mission to help women feel great about themselves and their potential. She even launched a philanthropic arm of the business to help women through education and entrepreneurial training. 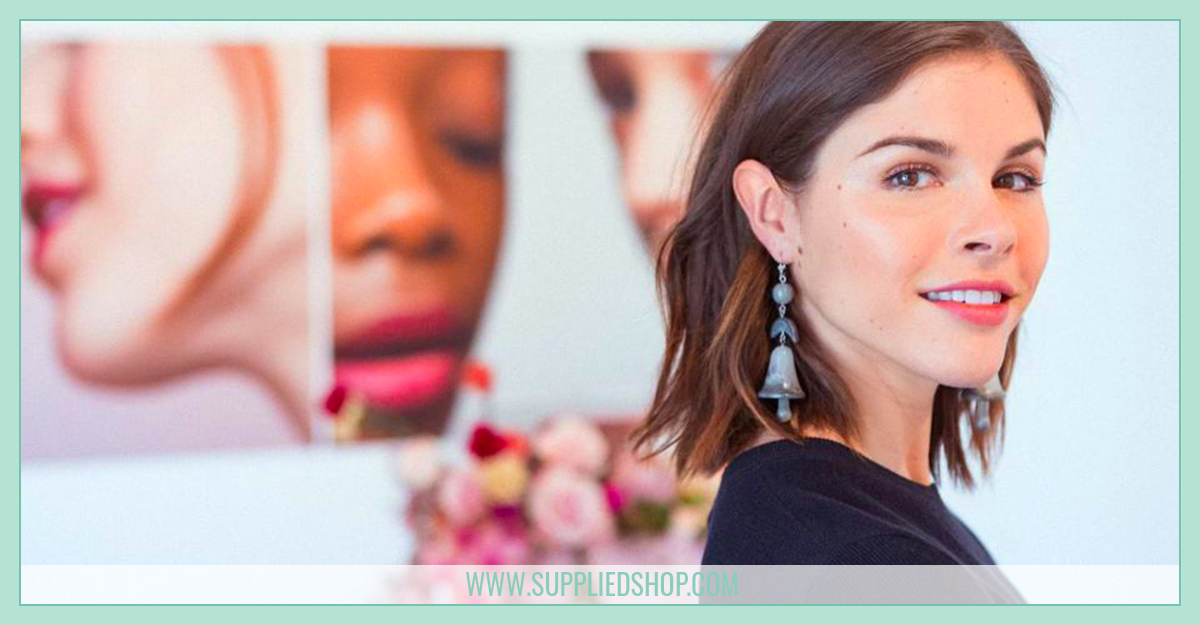 Emily Weiss’s journey to success started the launch of her humble blog, Into the Gloss. She worked full time at Vogue and worked on her blog from 4 am to 8 am each day. As her blog grew, she eventually quit her job at Vogue to focus on her business ventures full-time… and Glossier was born, an uber-aesthetic skincare and beauty brand with the mission of democratizing beauty.

Glossier is now known as one of the most disruptive brands in beauty. Over the past six years, it’s raised nearly two hundred million dollars in funding. In 2019, it reached the small list of women-led unicorn status with a $1.2 billion valuation. (And yet she originally pitched the company to 12 firms, and 11 weren’t interested!)

Read (or listen!) to some of Emily Weiss’s best business tips here. 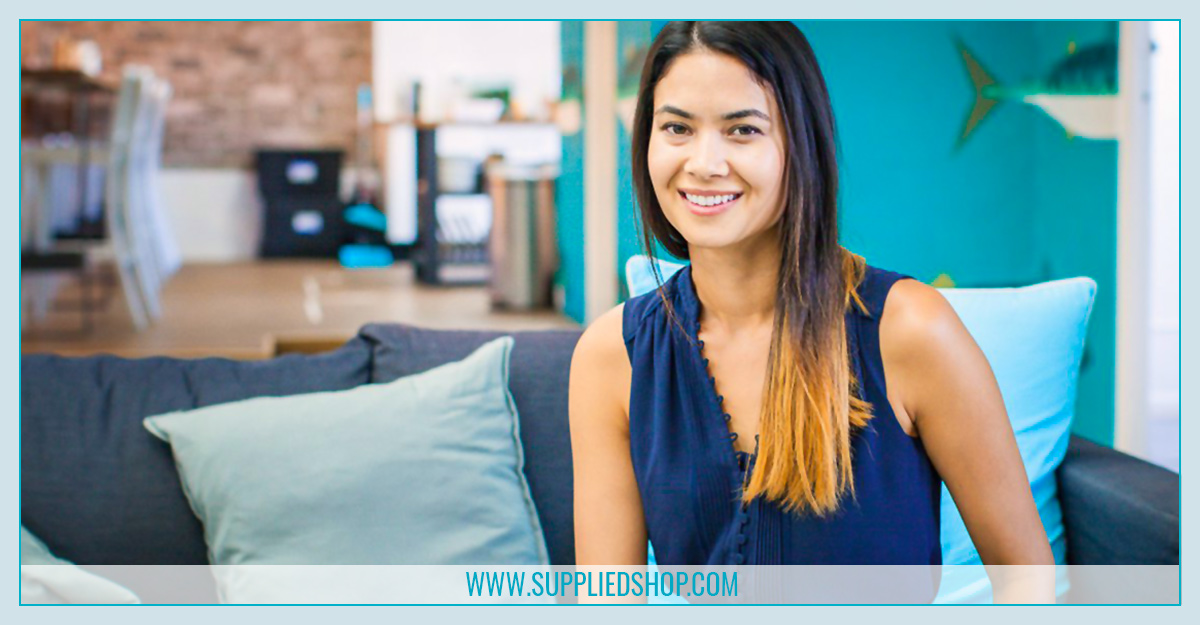 Australian entrepreneur Melanie Perkins’s journey to found her uber-successful company started as many do – with her dropping out of college. Before Canva, Melanie started Fusion Books, a software program that empowered students to design yearbooks by using a simple drag-and-drop tool. The company quickly grew into the largest yearbook company in Australia and later expanded internationally.

Later on, she founded Canva, a super easy to use drag-and-drop graphic design and publishing tool. and now serves as Canva’s CEO, leading a team of over 650 people. Canva has a jaw-dropping $3.2 billion valuation.

Read more about Melanie’s journey (and her advice to fellow entrepreneurs) here. 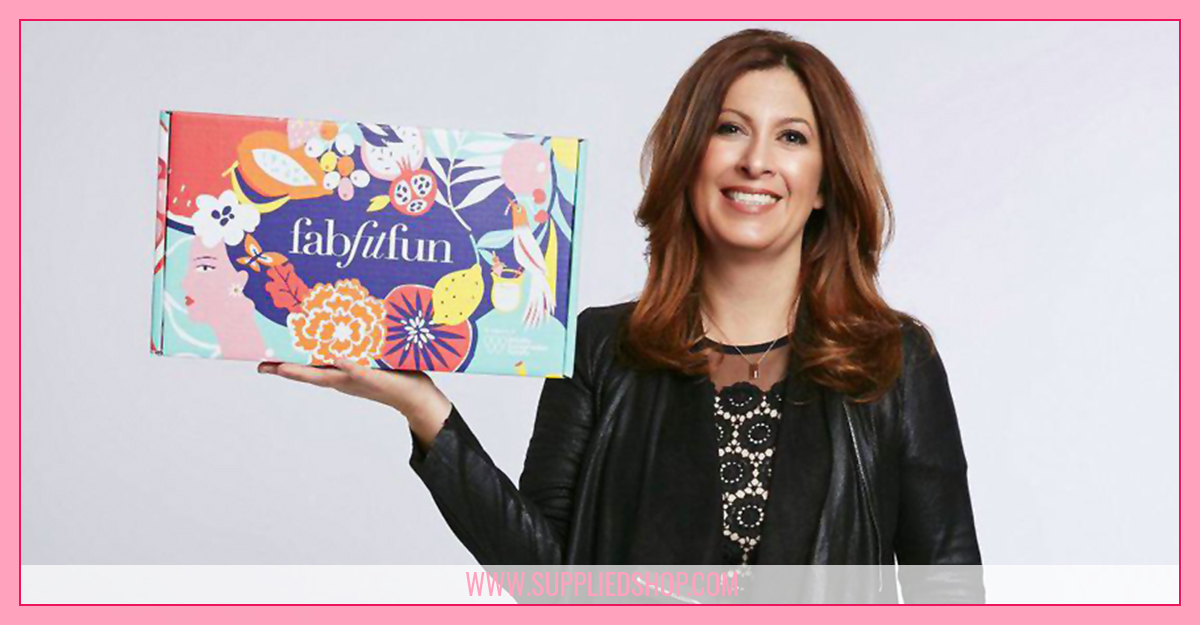 Before Katie Rosen Kitchens founded FabFitFun, she worked in magazines, newspapers, and TV production. She launched the FabFitFun lifestyle box in 2013 and has since helped it evolve into one of the most-loved membership services spanning beauty, fashion, fitness, home, and more. (I’m sure you’ve heard of it – it’s all over Instagram!) 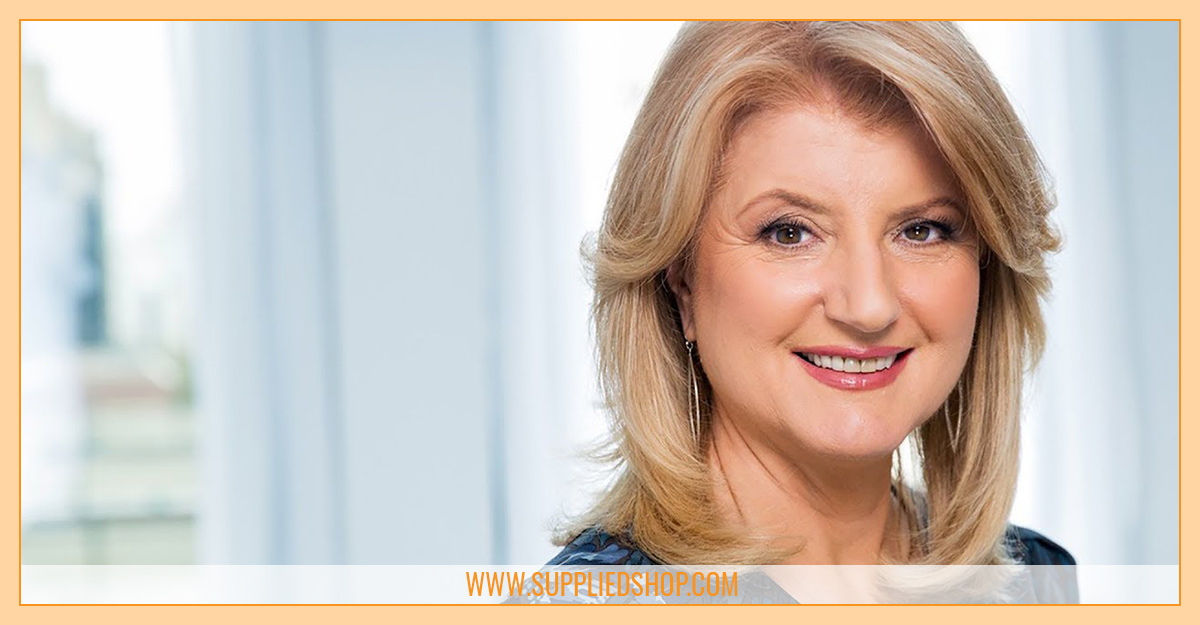 In 2005, Ariana Huffington founded The Huffington Post, a news and blog site that’s quickly become one of the most widely-read and linked to media brands on all of the Internet. She’s been named one of Time Magazine’s 100 most influential people

She stepped down as president of The Huffington Post in 2016 – but she didn’t stop there. She went on to found Thrive Global, a behaviour change tech company offering science-based solutions to combat burnout and stress. She’s also written fifteen (yes, fifteen!) books, many of which have been international bestsellers. 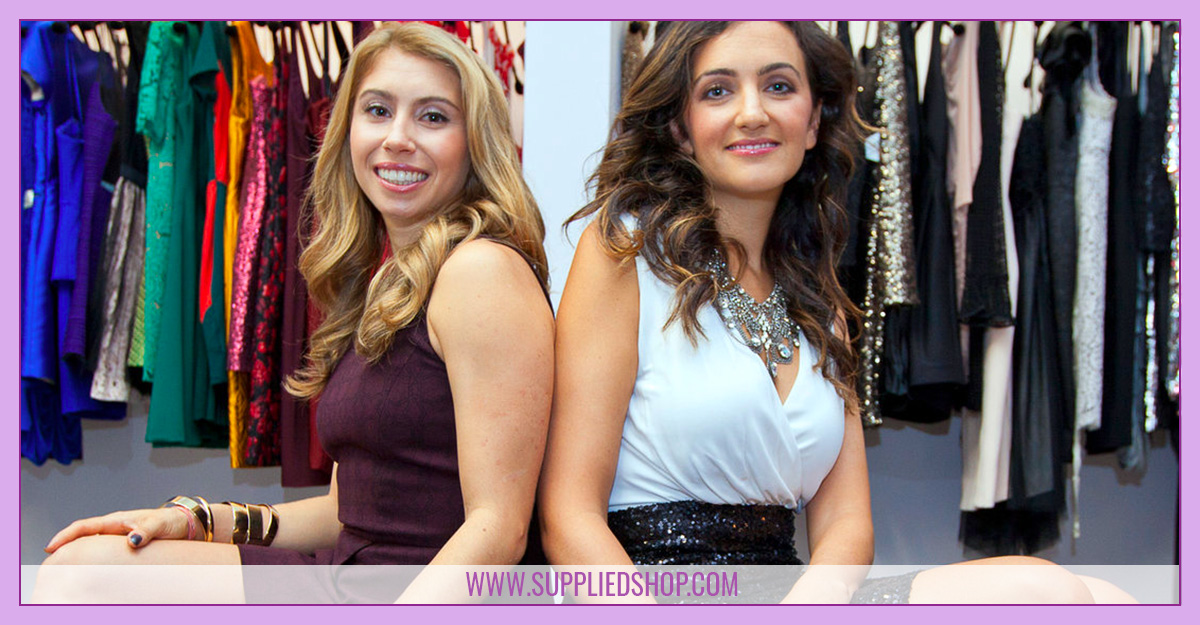 Ever thought of starting a business with your BFF? That’s exactly what Jenn Hyman & Jenny Fleiss did. They met at Harvard Business school and quickly became friends. There, they first came up with the idea for Rent the Runway, a disruptive retail model providing low-cost rentals of the season’s latest designer styles.

In 2019, it joined the list of female-led unicorn companies valued at over $1 billion. Jennifer Hyman is still the CEO of Rent the Runway, while Jenny Fleiss left it a few years back to lead a Walmart subsidiary.

Read Jennifer & Jenny’s advice on how to make it in the fashion industry here.

Feeling inspired yet? We sure hope so – when we women feel empowered and motivated, amazing things happen! When it comes to starting your own boutique business, it’s okay to start small. But keep dreaming big, no matter what. You’re capable of bigger and better things than you can possibly imagine. Have the courage to go after your big ideas, just like all of these incredible female entrepreneurs have. Who knows? You could end up joining their ranks one day!

To receive the latest updates on new products and upcoming deals!